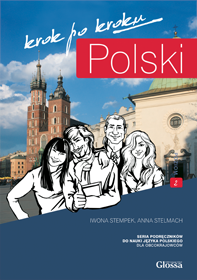 The second part of the series, developed for the intermediate level, is a faithful continuation of the textbook POLSKI krok po kroku 1. The first lessons repeat and systematise issues that are already known and, at the same time, based on the stories of the characters, introduce them to the fictional layer of the book. Such an arrangement of the material allows the teacher to check the actual proficiency level of the learners as well as to discover the group’s backlog and help it catch up on grammar and vocabulary. As far as students are concerned, it facilitates a smooth transition to the next stage of learning.
Similarly to the first part, new vocabulary and grammar problems are introduced in the context. However, in addition to dialogues, there are numerous texts based in part on authentic dialogues or adapted to resemble them. In addition to excerpts from press articles, interviews, texts on sightseeing, one will find here biographies, e-mails, cover letters and even an excerpt from the speech of General Jaruzelski given on 13 December 1981.

The textbook contains plenty of cultural and historical texts

The accompanying CD includes over 210 minutes of recordings in the mp3 format. It is worth mentioning that the language on the CD is natural and contemporary as used by native speakers of Polish. The recordings could be an inspiring resource for any teacher of Polish as a foreign language who could design their own materials on the basis of the CD.

The textbook is also available in the interactive e-coursebook version.

Activate the code from the textbook on the e-polish.eu platform and get:


Often bought together with: 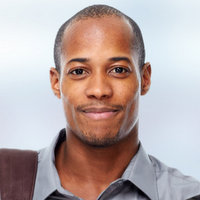