GLOSSA Polish language school has been operating for 20 years already! We started our school early, at a time when Polish was not especially popular globally. At the time, only a few people – generally with Polish roots or professionally associated with Poland – decided to explore the intricacies of Polish grammar and pronunciation. The first Polish language course in our school started in 1997 and was aimed mainly at people living in Kraków. With Poland’s accession to the European Union, we have seen increased interest in our language, not only from people with Polish roots or business relationships with Poland. Over time, as more and more people abroad became interested in learning Polish, we gradually expanded our range of courses. First we started registration for intensive Polish language courses for beginners, with as many as thirty hours of classes per week. We then extended our range to include the option to learn Polish online. In this way, our students were able to learn not only during their stay in Poland, but also after returning home. Also with the students of GLOSSA Polish language school in mind, we published the textbook “POLSKI krok po kroku 1” (POLISH step by step 1) in 2010. This was the first of a series of textbooks which, in a very short time, have become hugely popular all over the world. Currently our textbooks, the GLOSSA brand and e-polish.eu are among the most recognizable brands on the Polish language market. 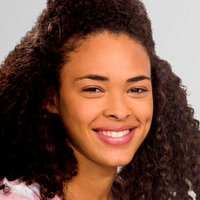