Learn Polish with e-polish.eu
Polish for foreigners courses in Krakow and online

It is natural that people all over the world have been learning English, German, Spanish, French, Italian or Russian for years. It is also easy to find schools that specialize in teaching these languages. Until recently, the situation for Polish for foreigners was a little different. Hardly anyone saw the need to learn Polish: to many people, it seemed a completely impractical skill. However, since the early 1990s, the situation started to change slowly and schools offering online Polish courses began to appear on the market. With Poland’s accession to the European Union, Polish for foreigners became much more popular. More and more people began coming to Poland from abroad to learn Polish. Initially, the big problem for teachers on Polish courses was the lack of modern and attractive textbooks and teaching materials. However, in this respect, the situation has also gradually improved – we saw the arrival of new textbooks with new methodologies, which increasingly resembled those used to teach leading languages such as English or Spanish. The real breakthrough was surely the publication of the series textbook series “POLSKI krok po kroku” (POLISH step by step), which became extremely popular all over the world in a very short time. This is due to the modern methodological approach, the role-play format and the interface with an online Polish course. This interface is available in English, German, Spanish, French, Russian and Ukrainian – it enables independent learning from the book, even for beginners. 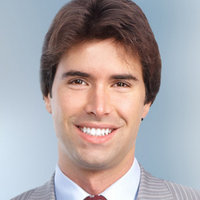